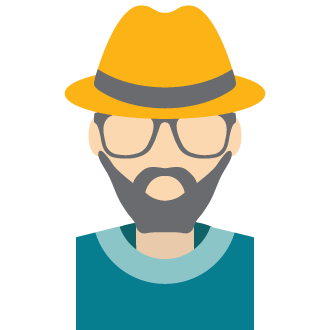 In a sentence, hydraulic braking is a system by which an input force, exerted by the driver upon the brakes, is multiplied in overall force whilst retaining overall pressure. Although this prospect may sound somewhat complicated, it is actually quite a simple sequence of events which "exploit the laws of physics" so to speak, in order to allow human exerted forces to engage a brake system.

The first step in this process is composed of the driver pressing down on the brake pedal. As they do this they exert a force which is measured in "Newtons" (with a standard unit of "N"). Any force of any size can be exerted upon any area without changing; if you were to put 20 newtons of force onto the brake pad using your foot for example, it would still be 20 newtons if you were to then use your hand to do so. Pressure however, is a different story; pressure is measured in "Newton Metres Squared" (N/m^2) and, as it observes area, does change depending upon how you exert it. Imagine that your foot has an area of 0.5 m^2, and you press down on the pedal with 20N. That 20 newtons is essentially divided up equally amongst all the parts of your foot, and 20 divided by 0.5 is 40, therefore you are putting 40 N/m^2 of pressure down on the pedal. Now let's say you decide to use your hand instead; considering that this particular hand has an area of about 0.25 m^2, and you exert the same 20N force, you are now putting 80 N/m^2 of pressure down. This is because the hand has a smaller surface area, therefore all the force is concentrated into a smaller space; it can't "spread itself out" as it were. This is the same reason that people are advised to move on their bellies when trapped on icy lakes, because the force that they exert on the ice is spread out when more of their body is in contact with it.

So how can you practically use this idea of the same force creating different degrees of pressure? The answer is hydraulic braking. The rudimentary hydraulic braking system has two pads and some form of brake fluid between them. The first pad, or the pedal, is far smaller than the second and is what the driver uses when engaging the system. As they press down on this small pad, they force it to protrude into the brake fluid, creating a force roughly equally that applied by the foot. Due to the fact that this pedal is rather small, it creates quite a lot of pressure, because all that force is concentrated into such a small space. The brake fluid is then displaced with a large pressure, causing it to move towards the second pad (the "brake pad") which is located on the outer chassis. This second pad is quite large, which means that the overall force will be larger too. Is it magic? Here's a calculation to explain what happens:

- The brake fluid is displaced, causing it to impose upon the second pad with the same pressure. This pressure will now have to suffuse across the area of the second pad in order to create a force. The 40 N/m^2 of pressure is dispersed across an area of 1 m^2, therefore the force is 40 N (40 * 1 = 40).

- The driver has subsequently doubled their output. Most cars will actually triple or quadruple this force.